Victoria is the capital city of Gozo, also known among the Maltese as Rabat. It includes both the old Rabat town and the Citade, the antique city on top of the hill.
The name Victoria was given in 1887 in honour of the famous British Queen’s Golden Jubilee celebrations, and the town was also raised to a city status.
The Cittadella is located on a hill, in the geographical nucleus of the island, and has been called, appropriately, the Crown of Gozo. It seems that the Citadel had already been the centre of since prehistoric times, around 7000 years ago. However, it was first fortified during the Bronze Age approximately around 1500 BC, further developed by the Phoenicians and finalized into an Acropolis during the Roman Times. The massive defensive stone walls rising above the town were constructed by the Knights to shelter the villagers from attacks. 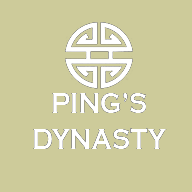 Install this PINGS DYNASTY on your iPhone

and then Add to Home Screen